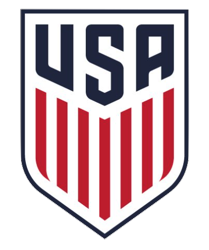 OVERVIEW
The popularity of soccer among American youth is at an all-time high. Nearly 14 million young athletes (13,832,0001) under the age of 18 in the United States are playing soccer from the recreational through the elite levels.

The rapid growth of youth soccer participation in recent years, coupled with an increased need for qualified and certified coaches, has made ensuring the safety of youth soccer players more important than ever before. Moreover, new youth soccer research from the University of Connecticut and serious cases of heat illness in other sports over the past few years has prompted the U.S. Soccer Federation to issue an updated version of its “Youth Soccer Heat Stress Guidelines.” The aim is to help parents, young athletes and coaches understand one of the most common and most preventable sports injuries: heat-related illnesses, including dehydration, heat cramps, heat exhaustion and heat stroke.

The following information and youth heat stress guidelines provide suggestions for preventing the potentially dangerous and sometimes deadly effects of playing in hot or humid conditions.

PHYSIOLOGICAL FACTORS THAT PUT YOUNG ATHLETES AT RISK
Heat-induced illness is one of the most preventable sports injuries. Parents, young athletes and coaches need to understand the factors that put children and adolescents at risk for heat- related illness and take steps to prevent it.

Children face unique stresses when they exercise in the heat. Like adults, young players may have trouble adapting to the demands of soccer practice and game situations played in high temperatures. Problems can be made worse when the young player is dehydrated.

1)  Children absorb more heat from a hot environment because they have a greater surface- area to body-mass ratio than adults. The smaller the child, the faster they absorb heat.

3)  During prolonged exercise, children and adolescents frequently do not have the physiological drive to drink enough fluids to replenish sweat losses 3,4.

4) Youth athletes may be more easily distracted when they should be resting and rehydrating.

5) Some youth athletes may be under intense pressure to make a competitive squad and may not want to report feelings of heat distress or take the appropriate amount of time to rehydrate.

FACTORS THAT PUT YOUNG SOCCER PLAYERS AT RISK
Several soccer-specific factors place young players at risk for heat illness, however, these risks can be reduced with the close attention of medical staff (i.e. athletic trainers), parents, young athletes and coaches. These soccer-specific factors are:
1)  Limited stoppage time during matches.

2)  Young soccer players are not encouraged to use the limited stoppage time they have for fluid consumption.

3)  Games are held outdoors, often in high temperatures and humidity, on large fields that offer little or no shade. Heat radiated by the sun is a major component of heat stress. This is complicated by limited access to shaded areas for players to use between halves or between games.

Mental alertness and skill performance declines with dehydration6 and could be a factor ininjuries occurring late in matches and training sessions.

Acclimatization to the heat is an important factor in preventing heat illness. The rate of acclimation for children is slower than that of adults7. A child needs as many as 8 to 10 days (45-60 minutes/day) in the new climate to acclimate sufficiently. Such exposures can be taken at a rate of one per day or one every other day. A majority of the benefits of acclimatization occur in the first 4-6 days and should be considered an absolute minimum amount of time for children to get used to the heat before beginning intense practice and game situations.

During the acclimation process, it’s important to practice the methods prescribed and to drink adequate amounts of fluid to build the body’s fluid volumes. Lack of acclimatization can be a problem for a team flying to a new, more environmentally stressful location.

When a child becomes acclimated, their sweat rate and total sweat losses increase. When they exercise, they begin to sweat sooner and produce more sweat than before becoming acclimated. Evaporation of sweat is how the body loses heat and this change in sweating allows the child to lose more heat into the environment through evaporation. When a child becomes acclimated and their sweat rate increases, it’s important that the child drink sufficient fluids to replace the increased sweat losses and stay hydrated. Medical staff, parents, players and coaches must understand that thirst is not a good indicator of a child’s fluid needs,8 so children need to drink on a schedule (see FLUID GUIDELINES below).

Children should choose clothing that is light-colored and lightweight that facilitates evaporation of sweat. Parents and coaches should encourage breaks in a shaded area whenever possible, especially during tournaments, multi-game, and multi-practice days. It’s important to be aware of high temperatures and humidity and, if possible, move practice and game times to cooler portions in the day, such as morning and dusk. Additionally, competitive rules need to be relaxed during hot weather playing conditions, such as allowing a 5-minute break in the middle of each half, allowing water bags to be carried by players during play, or shortening each half and adding that time to halftime for a longer break. Practices must be modified based on conditions. Use frequent rest breaks to lower core temperature and provide ample time to rehydrate.

FLUID GUIDELINES
The U.S. Soccer Federation provides these guidelines to help parents, players and coaches prevent dehydration and heat illness in young athletes who are active in the heat:

2)  According to the American Academy of Pediatrics:10

3) Teach the youth soccer player to monitor their own hydration status with the following tip: If their urine (during flow, not once the urine is diluted in the bowl) is a pale yellow like lemonade then they are likely pretty well hydrated. If their urine is dark yellow like apple juice, then they are likely dehydrated. This is an easy and accurate way to assess hydration status and it gets the kids involved on a personal level.

4) Kids need to drink enough of the right fluids to minimize fluid losses during activity.
• Flavored beverages that contain sodium (sports drinks) are preferable because the child may drink more.

5) In addition to replacing fluid, children also need to replace the electrolytes, such as sodium, that are lost through sweat. Electrolyte replacement is important to stimulate an adequate thirst mechanism,15 help the body hold on to fluid,16 help prevent muscle cramps17 and to maintain sodium levels in the blood.18

Energy drinks should be avoided because many contain caffeine and have high carbohydrate concentrations which slows the emptying of fluids from the stomach21.

7) Be sure that each child uses their own beverage container that they can keep cool during the practice. An individual container allows monitoring fluid consumption more accurately, can be filled with beverage of personal preference, will help avoid the spread of germs and viruses, and the cool fluid will be replenished at a better rate than a container that sits out in the sun.

Additionally, dehydration also hinders exercise performance. The dehydrated player will have to work harder to maintain the same level of intensity than their hydrated teammate.

SIGNS OF DEHYDRATION AND HEAT ILLNESS22, 23
Unchecked dehydration increases the the risk of heat illness. Heat illnesses are three separate degrees of severity: heat cramps, heat exhaustion, and heat stroke; the most serious and deadly heat illness. The symptoms outlined below are not always additive and do not necessarily occur in an orderly, predictable progression. A young athlete could experience heat stroke in absence of other indicators.

Dehydration
Dehydration during exercise is a common problem. Some young athletes can begin to suffer the consequences of dehydration if they become dehydrated by just 2 percent of their body weight during exercise in the heat. That’s why it’s important to recognize the warning signs:

Treating the symptoms of dehydration is crucial in preventing more serious conditions such as heat exhaustion.

To treat a young athlete suffering from muscle cramps:

Heat Exhaustion
As a child becomes dehydrated, the likelihood of heat exhaustion may increase if left untreated. Eventually, fatigue and exhaustion occur because the cardiovascular system can no longer support both exercise and control the core body temperature. Common symptoms of heat exhaustion are:

Treatment of heat exhaustion is similar to that of dehydration and should take place immediately. This treatment includes:

Heat Stroke
Heat stroke is a medical emergency. It can result in death when not recognized promptly and treated properly. Exertional heat stroke occurs when the thermoregulatory system is overwhelmed, fails to act in an appropriate manner, or both. Damage to critical organs can occur if the organs remain overheated for an extended period of time, hence the need for rapid cooling. If rapid cooling does not occur, the cellular damage to the organs could be extreme and have fatal consequences. Symptoms and results of heat stroke include:

If an accurate temperature can not be obtained, rely on CNS function. Relying on an inaccurate temperature device or site could delay treatment. Remember, athletes get better relatively quickly with heat exhaustion, but they get worse with heat stroke. It is important to remember that heat stroke must be treated immediately by doing the following:

• Immediately begin to cool the victim down by whatever means possible

Do not provide fluids since nausea and vomiting are extremely common. Remove the player from cooling source(s) when core temperature is lowered to 102 degrees F